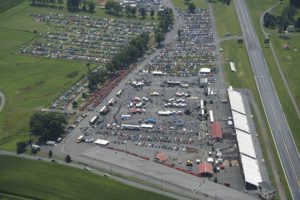 Every year, Steve Voudouris’ AmericanMuscle hosts a massive Mustang car show that draws enthusiasts from all across the United States and Canada. The 2015 edition — AmericanMuscle’s 7th annual — was the biggest yet, with more than 3,000 individual Mustangs and more than 10,000 entrants. According to multiple reports, the 2015 show was officially the largest Mustang-only car show in North America — a major achievement for a company that literally started in Voudouris’ garage. Notable guests included legendary vehicle designer Chip Foose and auto industry titan Steve Saleen. 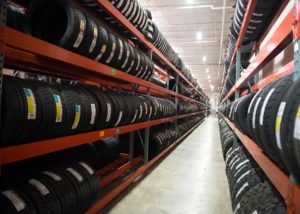 In a late 2015 interview with Offit Kurman managing partner Herb Fineburg, AmericanMuscle founder and CEO Steve Voudouris opened up about some of the challenges facing his rapidly-growing online aftermarket car parts business. Chief among them: staying one step ahead of changing technology. That sounds strange coming from a guy who’s built a successful, 300-employee business on an innovative technology delivery mode, but that doesn’t make it any less true. Thankfully, Voudouris has a tech-savvy team to fall back on, and he’s convinced that AmericanMuscle’s growth won’t sputter on account of preventable tech issues.

Building a Company for Lasting Success

Building a successful company in a world dominated by technology actually has more to do with people than it does computers. While new, innovative technologies help set a business apart and gain a competitive advantage over the competition, it is neither practical nor reasonable to assume you can build a great company with just technology and sheer willpower–you need others to buy into your vision. Finding creative ways of motivating a workforce, developing a strong and lasting culture and bringing everyone together under the belief that delivering unique value to customers is the best way to sustainable profits are how a modern company can become an industry leader. 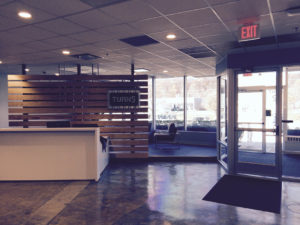 Turn5, an ecommerce leader in performance auto parts, has announced the completion of a 17,000 square foot dedicated customer service center at its Malvern, Pennsylvania headquarters. The state-of-the-art center will accommodate 50 new staff members, part of the company’s commitment to creating new jobs in the community.

AmericanMuscle founder and CEO Steve Voudouris recently opened up in a series of video interviews. His aim: to inspire fellow entrepreneurs to think big, anticipate challenges, and position for sustainable growth. Voudouris discussed a host of issues facing his successful Philadelphia-area online aftermarket car parts business, from the challenge of staying ahead of ever-shifting technological trends, to the need for super-qualified employees at every level of the organization, to the cultural touchstones that any ambitious company needs to thrive. If you’re thinking about starting your own business or want to take an existing company to the next level, you’d be wise to watch them all.